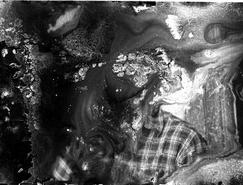 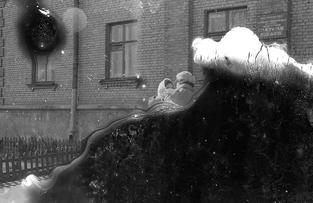 Young filmmaker on a journey to the memories of his grandad, affected by Alzheimerʼs disease 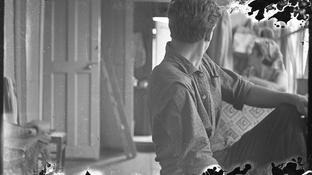 A famous Soviet cinematographer Leonid Burlaka, who worked at Odessa Film Studio since the ’60s, suddenly gets diagnosed with Alzheimer’s disease.

This makes Igor see that actually he knows almost nothing about the grandpa and his youth. He sets off to Warsaw, Moscow and Washington to dig into the archives of grandpa’s closest film school friends featured in the archive, searches almost forgotten grandpa's movies and rescues pictures, letters, records connected to Leonid and neglected by others.

Igor dives into all controversiality of times of Leonid's youth: figuring out how notorious Soviet cinema machine was and how limited was the proposed concept of ‘freedom’. But Igor is also puzzled with the current radical way of dealing with memories due to the active Politics of ‘Decommunisation’ and mass rejection of anything claimed as 'Soviet' in Ukraine.

However, time is running out: very soon Leonid’s memory will completely deteriorate and he’ll not remember Igor at all.

The story takes place from 1960s USSR and up to the times of modern Ukraine.

Leonid Burlaka is a Soviet and Ukrainian cinematographer, who worked at Odessa Film Studio since 1964 till 1999. His cinematography style inherits a lot from Rodchenko and Urusevsky, and represents second generation of soviet cinematography school. He shot over 30 features, some of them achieved a status of “cult film” in Post-Soviet countries. He collaborated with a famous soviet singer and actor Vladimir Vysotsky, a dissident poet Joseph Brodsky and many others.

Igor Ivanko, the author and the narrator, is a grandson of Leonid Burlaka and an emerging Ukrainian cinematographer and documentary filmmaker, member of Babylon’13 documentary collective. He worked both in fiction and documentary production, filmed during the Maidan protests and the Russian-Ukrainian war since 2014.

Memory is the ability of the mind to absorb, store and reproduce experiences and sensations: people, places, situations, impressions, feelings, thoughts, actions. Memory defines the humans - individuals and societies. The opposite of memory is loss, oblivion, non-existence. The price is high, whereas the memory is fragile.

The exhibition provokes reflections on memory and our need of remembrance through photo and video documentation – these media give us the illusion that we can permanently capture our experiences, yet time may be as inexorable for photographs and films as it is for human brain.

The forgotten photo archive of Leonid Burlaka consist of black and white photographs dramatically affected by time depict everyday life of students of the Moscow Film School in the time of the Khrushchev's Thaw, photos from film sets, experiments with form.

The exhibition is curated by a photography researcher Victoriia Myronenko, Ph.D.

‘Fragile Memory’, the first full-feature documentary film of the company, won the Pitch and Work in Progress at Industry section of Odesa OIFF and received a Docs Barcelona Pitch Prize at East Doc Forum.

Alexandra Bratyshchenko is a Ukrainian producer and festival manager. She studied at Karpenko-Karyi Kyiv National University of Theatre, Cinema, and Television, and since 2015 is an executive producer within BABYLON’13 documentary collective. Alexandra is the member of Ukrainian Film Academy.